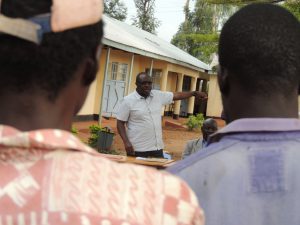 Rongo MP Paul Abuor has called on his rivals in last elections to come and work together with him in line with pushing through development agenda.

Abuor said already he started by initiating a handshake with former MP Dalmas Otieno even before the national one between ODM leader Raila Odinga and President Uhuru Kenyatta.

“In most cases when leadership changes hands in politics the new leader always ignore stalled projects by his predecessor, that didn’t happen in Rongo,” Abuor said.

He said among projects he inherited from Dalmas and ensured they were completed were Siala Institute, Nyangau, Tuk Jowi and St. Jonathan Secondary Schools among others.

“In Siala we have added a multi-million engineering department and we ask parents to ensure students are enrolled at the institution,” he said.

He said equally he has ensured security is beefed n Rongo by building three police posts at Kitere to aid Rongo University, Opapo center in East Kamagambo and Kobado center in North Kamagambo.

Under his leadership four secondary schools have also been registered: Miyare, Ngobe, Sango and Rongo Day.

The legislator said his leadership at NG-CDF has been friendly to women seen through the chairperson and bursary committee chair who are both women and youthful.