38 million worth of bhang set on fire in Migori 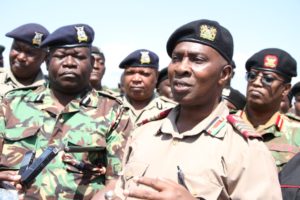 The operation was also witnessed by officers from Kenya Revenue Authority, Kenya Bureau of Standards and Anti Counterfeit Authority. 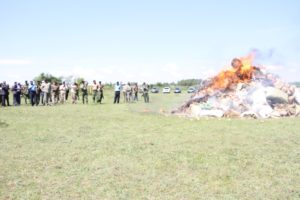 Last week police in Migori nabbed bhang disguised mitumba clothes that being transported in a matatu from the Isebania border.

Speaking at Lichota where the bhang was set on fire, Kangi said no one will be spared in the war against the outlawed drug.

“Whether you will be caught with one stick or several rolls, we will treat you with equal measure as in the long run the bhang will affect someone,” Kangi said. 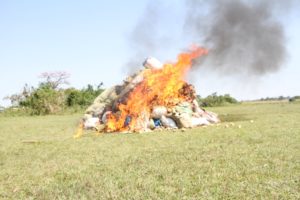 Bhang burning at Lichota in Migori

The regional commissioner said police were going to intensify the war against bhang in the county as Migori was used as a conduit of all the bhang consumed in the county.

“We are also going to intensify the war against illicit brew and other outlawed drugs,” the regional commissioner said.