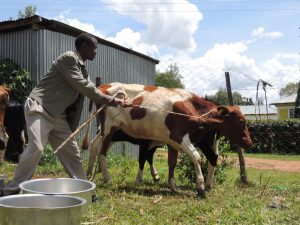 Nuru International has rolled out a plan in Kuria area to offer farmers dairy cows in a bid to end high cases of cattle rustling.

Based in Isebania Kuria West, the organisation rolled out dairy cows to 107 farmers from the pastoralist community to boost milk production through seven farmers’ cooperative societies .

“Even a Kuria traditional home is shaped with a cow boma in the middle, showing that changing this culture is hard, harder is that Zebu cows are used to ploughing” he said.

To change the perception, the organisation used traditional and opinion shapers in the community to make them see the importance of the dairy cows. 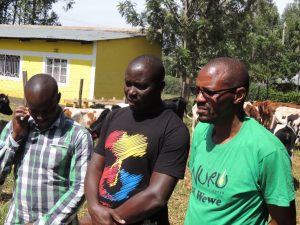 “In Kuria among their four clans, and her neighbours of Luo, Maasai and Kipsigis cases of cattle rustling have been high especially during the December holidays as cows for dowry are sought” Raphael Osano, Nuru International press officer said.

In July this year, Kuria surrendered eight illegal guns including two AK47 rifles, a Ceska pistol and other homemade guns and several rounds of ammunition.

Migori County Commissioners Joseph Rotich said government estimates over 200 illegal guns are in the area which is blamed on runaway insecurity.

George Kimani, Nuru Dairy officer said dairy farming will be considered as an alternative because of shrinking land size and better revenue.

Kimani said from the project, they expect from farmers at least 1,200 liters of milk daily which we will be cooled in a 3,000 cooler to help boost production of yoghurt by the organisation. 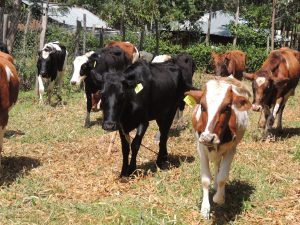 The group had farmers from the cooperatives to pay 40 per cent of the value of a cow in a contract which will end payment in 18 months.

Sammy Chacha, a farmer and elder from Bukira South area said they took up dairy farming because of late payment of maize by National Cereals and Produce Board and collapse of tobacco farming.

“I get at least 10 liters of milk from each dairy cow, that is compared to only a liter from my traditional breed only after birth,” Chacha said.